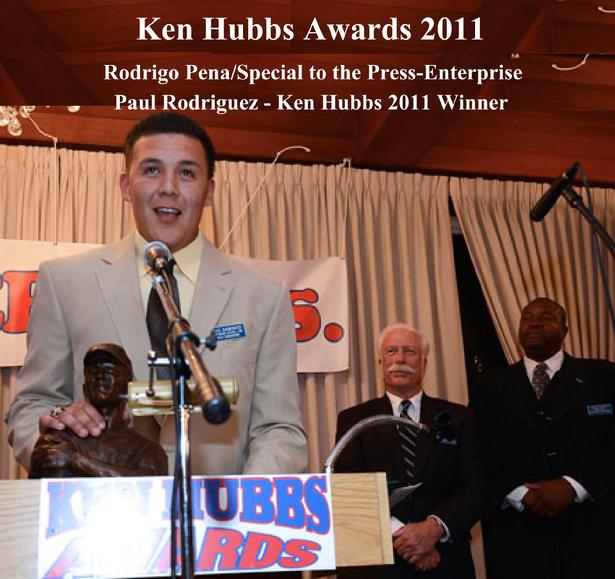 SAN BERNARDINO – The tears began welling in Helen Rodriguez’s eyes about two sentences into the recitation of her son’s resume. Then her son got emotional, too.

He is the first San Gorgonio athlete since Tony Kounas in 1986 to win the award.

“I knew right away,” Helen Rodriguez said. “As soon as they said he played football for three years and volleyball, I knew. It just clicked and I said ‘Oh my God.’ This is awesome.”

Paul Rodriguez, a San Diego State football signee, said he planned a speech in his head earlier in the day while playing golf with his father, also named Paul. But when it came time to address the several hundred in attendance, he forgot the words.

“It’s such an honor,” the 6-foot-6 two-way football lineman said. “Just to be a school winner is great and to win the overall award is just awesome. I knew as soon as they mentioned basketball, because Dorian (Cason of Fontana Summit) and Choncey (White of San Bernardino) were the only other basketball players and they didn’t play football. It’s a great feeling. It makes me want to do more.”

Rodriguez competed in four sports at San G. — football, basketball, volleyball and track and field. But it was on the football field where he really shined, attaining All-San Andreas League lineman honors as both an offensive lineman and defensive end.

“Paul is special on the field because he strives to be not only good, but great,” Spartans football coach Ron Gueringer said.

Also honored at the banquet were individual school winners from the 21 schools in the greater San Bernardino area and, for the first time, two outstanding girls. 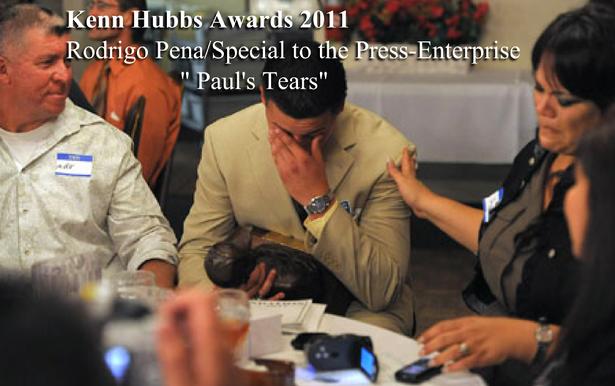 “It’s great and amazing,” said Sharpe, who has signed with Cal State Northridge. “I’m so happy to get awarded along with all these other athletes. It’s breathtaking.”

Said the University of Washington-bound Vansant: “It’s such an honor to be here with all these great athletes. That’s what makes this award special.”

There was also a major announcement by the Hubbs committee. Beginning in 2012, the Hubbs awards will become a truly co-ed event, with one boy and one girl from each school awarded. Also, an assembly will be held instead of a banquet — at a not-yet-determined site.

In addition to Rodriguez’s all-league honors, he made the All-CIF-Southern Section first team and the HSGameTime.com All-Inland team as an offensive lineman.

Also a standout away from the athletic arena, Rodriguez has a 3.27 GPA, earned a San Gorgonio High Scholar Athlete award for three years, was a three-year member of “G-Force” (the school’s athletic leadership program) and has done a significant amount of community service.